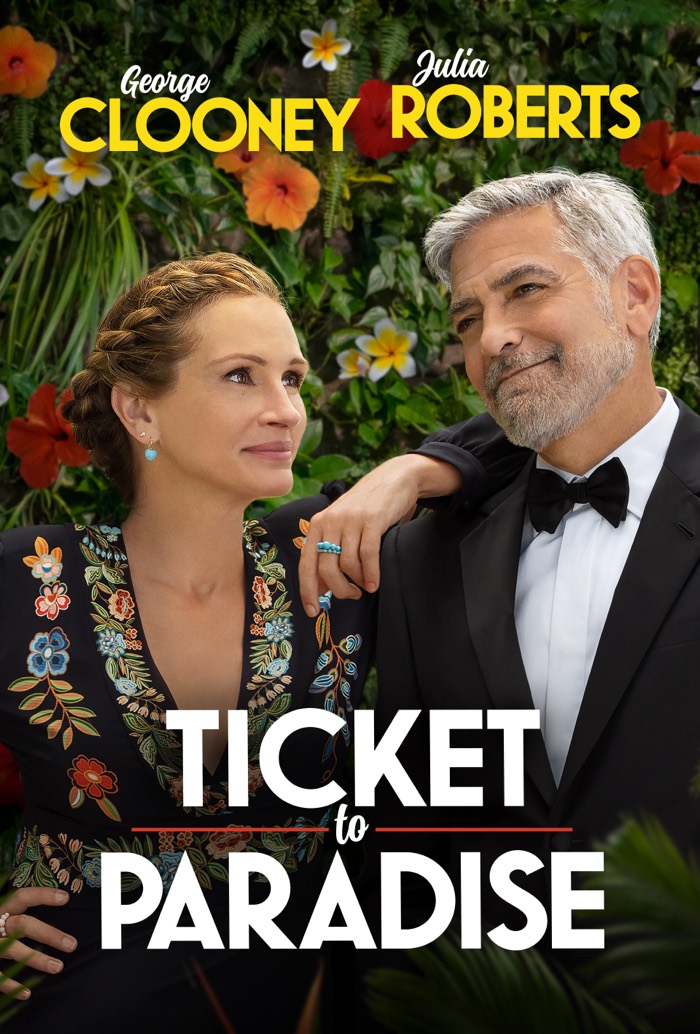 Academy Award® Winners George Clooney and Julia Roberts reunite on the big screen as exes David and Georgia who find themselves on a shared mission to stop their lovestruck daughter from making the same mistake they once made. From Working Title, Smokehouse Pictures and Red Om films, Ticket to Paradise is a romantic comedy about the sweet surprise of second chances.

Ticket to Paradise was filmed on location in Queensland, Australia, aided by incentives from the Australian Federal Government Location Incentive, the city of Gold Coast and from Screen Queensland’s Production Attraction Strategy.